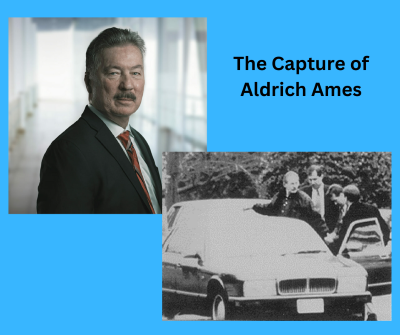 For all of us out there who love a good spy novel or film, this week's speaker will be fascinating. Dell Spry has been a part of the real life of counterintelligence and a good reminder that the threats are not the stuff of fantasy...they do exist.

Prior to Dorrean, Spry served with the Department of the Army as the Intelligence Community Outreach Coordinator for the Joint Improvised Explosive Device Defeat Organization after retiring from a distinguished twenty year career at the Federal Bureau of Investigation as a counterintelligence supervisor.  At the FBI Spry primarily worked on counterintelligence, counterespionage, and counterterrorism investigations.  His tenure included 12 years of management experience at both headquarter and field office levels.  While assigned to the FBI headquarters Spry was a member of the National Security Council Counterterrorism Working Group, and was liaison to the CIA Counterintelligence Center, Counterespionage Group.  He was the lead investigator for the FBI in the Aldrich Ames investigation for which he received the FBI Director’s Award for Excellence in a Counterintelligence Investigation and the CIA Director’s Meritorious Service Award.

During his FBI career Spry conducted investigations in the countries of the Republic of Georgia, Azerbaijan, Canada, Germany, and the United Kingdom whose governments presented him with Letters of Recognition.  He was also involved in investigations in Russia, Austria, Switzerland, Spain, Turkey, and Cuba, where he established liaison with both the intelligence services and law enforcement services.  Further, he performed humanitarian relief work in Ethiopia, Cambodia, Honduras, Nicaragua, Sri Lanka, and Nigeria.  While in Ethiopia, Spry spent most of his time living in the mountains coordinating transfers of food and medicine with the Russians to the famine areas.  At other times he performed volunteer services in a leper colony near Addis Ababa.

In addition, he is a volunteer consultant to the non-profit organization, Association for the Recovery of Children, which is a group of former Special Forces and Special Operations personnel who operate globally to rescue American children from abduction and human trafficking.

Spry lives in Johns Creek, GA with his wife Susan.  They have two children, Rachel and Steven, and three grandchildren; Noah, Cynthia, and Peyton.