The group commissioned the film "Only One Time" illustrating the perils and dangers of abusing Opioid painkillers. This film was produced, written and acted by Roswell High School students and other community members. The Task Force in partnership with the City of Roswell sponsored two community educational forums on the Opioid Crisis at Roswell City Hall and at the East Roswell Activity Center. These forums included dozens of vendors promoting support services such as rehab facilities, law enforcement and other healthcare providers.

Local media has given this program significant coverage and exposure (see pictures below).

We are participating with other Rotary clubs and political and civic organizations in a coalition to pursue a federally funded Drug Free Communities Grant that will expand the impact of this program for years to come.

In collaboration with the Sandy Springs and North Fulton Rotary Clubs, this program has been presented throughout the region.

The Task Force is continuing its efforts to get the word out taking the program into the high schools, sponsoring an upcoming community forum in Sandy Springs, and answering queries from other communities interested in the effort. 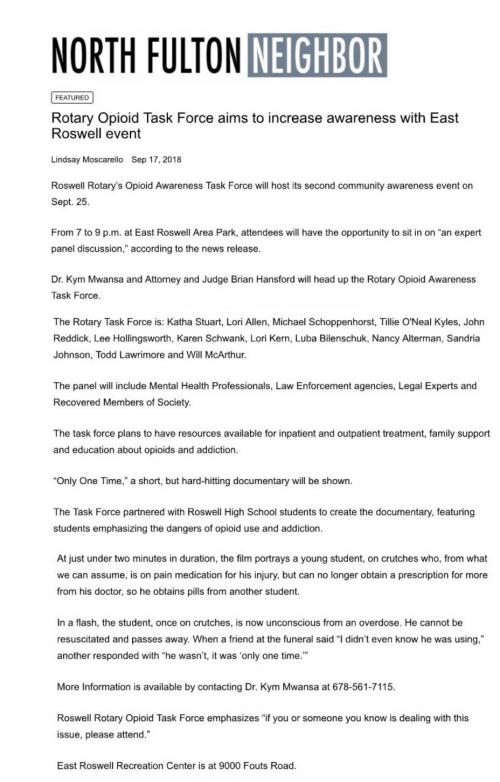 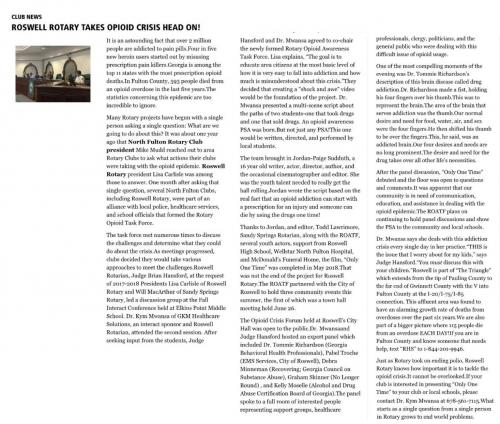 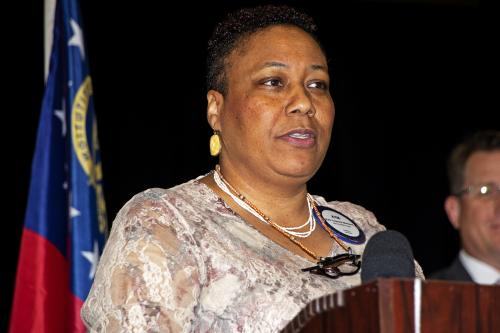 Creators of "Only One Time" 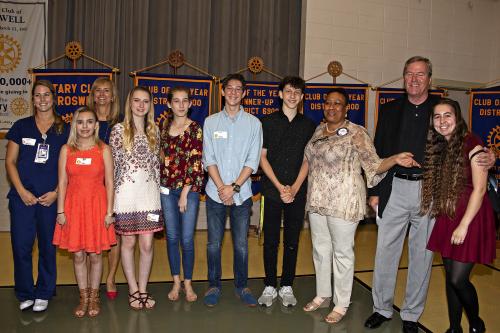